The magic of wishes… 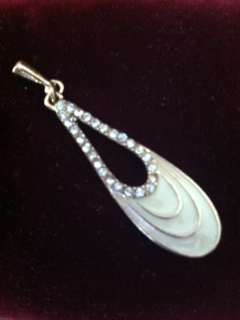 It was my birthday.  Magical to say the least.  No, I wasn’t at the “Happiest place on earth.”  Just the same, everything about the day had an extra sparkle to it starting with a big turnout for my laughter class first thing in the morning.  The greeting in their precious “group” card wished me “a little magic” on my special day.  A good omen for sure!

And, wishes do come true.

Later that afternoon, I was returning home from one of those memorable lunches we all love to have with a dear, long-time friend. The favorite outfit I was wearing included a really special pair of earrings that make me feel so glamorous.  Sitting in a bit of traffic, I had time to notice the right earring felt loose.  Even though I remember making a mental note, that moment was the last I thought about the earring until I was on the phone again and realized it was gone.  Wrapping up that conversation, I mentioned that I was going to retrace my steps outside and that I would be sending a text with the magical story of finding my earring.

That’s how positive thinking works. The only thought in my mind was on the magical story that I would get to tell about how the “lost” earring was found.

I checked my route to the car.  Nothing. Walked to another carport because I was keeping an eye on a neighbor’s car while she was on vacation.  Nothing.  I double-checked the walkway again.  Nothing.

Just then, a neighbor appeared with her two dogs.  I told her that I was out looking for my earring and that I had just told a friend I would text the magical story of finding it.

Sound carries on the hill where I live.  That’s how a resident on the top floor of another building heard both my conversation and that of someone earlier asking another dog walker if she lost an earring.  He heard her say that she was putting it on the ledge.

I checked the laundry room and found nothing.  My neighbor and I each went to ask other neighbors if they found an earring.  Sure enough, I was told she put a teardrop earring on the brick ledge by the steps.  It took me a few more tries and then I spotted the momentarily missing earring.  I grabbed it and shouted “found it” as if I had just hit a home run that won the World Series!  I yelled a big “thank you” to all who helped make that magical moment happen.

When I finally got to bed that night, I acknowledged all my birthday’s magical moments.  My most favorite was how the missing earring came back to me.