Reach out in peace 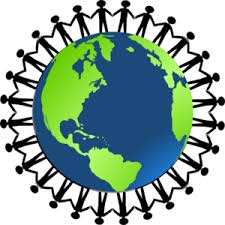 According to park rangers in the Northern California Pacific Coast forests, the redwoods and sequoias have an underground secret. These mammoth trees with shallow root systems in loose soil on hilly terrains are able to survive…and actually thrive because their roots reach outward and wrap tightly around the roots of their neighbors.  This fascinating fact of nature is a good role model for how we can become more connected to each other without the necessity of deep, life-long time together.

January offers a clean slate, a fresh new calendar, and the start of a season not associated with winter, spring, summer or fall.  Called the Season for Nonviolence, it occurs from January 30 to April 4.  Originally the Season was meant to honor Mahatma Gandhi’s 50th memorial anniversary and Martin Luther King’s 30th anniversary at a United Nations function.  Now, twenty years later, it is an active 64-day educational, media, and grassroots campaign that demonstrates how nonviolence is a compelling way to heal, transform, and empower our lives and our communities.  According to Barbara Fields in Unity Magazine’s latest issue, “through countless creative programs, events, study groups, exhibitions, and services, 900 cities across 167 countries have celebrated the Season since inception.”

What does participation in the Season for Nonviolence look like?  It can be as simple as choosing to share a smile. Buddhist teacher Thich Nhat Hanh said, “If in our daily life, we can smile…not only we, but everyone will profit from it. This is the most basic kind of peace work.”  In a more organized manner, there is the option to participate with others from organizations and faith groups hosting activities related to the Season.

Examples of Season events are screenings of the movie Gandhi, focus group meetings to discuss community programs promoting peace and nonviolence, and theme-related presentations by noted speakers and authors.  Hands-on projects such as creating peace gardens, peace poles, and peace flags attract people of all ages and walks of life who participate alongside each other for a common goal.  Youth projects as well as those lead by seniors are very popular.

Just as the roots of the redwoods and sequoias reach out to other trees, opportunities abound for us to strengthen our outreach to others in a greater spirit of peace.  The Season for Nonviolence doesn’t have to end on April 4.  Its mission can be a choice at any given time

Leave a Reply to Cheryl A. Russell Cancel reply